What are Harmful Algal Blooms (HABs)?

Harmful Algal Blooms, or HABs, are unsightly and dangerous events that occur in nutrient-rich waters. HABs are made up of cyanobacteria, also known as blue-green algae. Cyanobacteria produce a variety of toxins, many of which are deadly. For example, dogs that have been in the water and then lick the cyanobacteria off their coats have been known to die within 15 minutes. HABs cause beach closures, fish-kills, animal deaths, and drinking water system shutdowns, and are therefore a major public health concern. 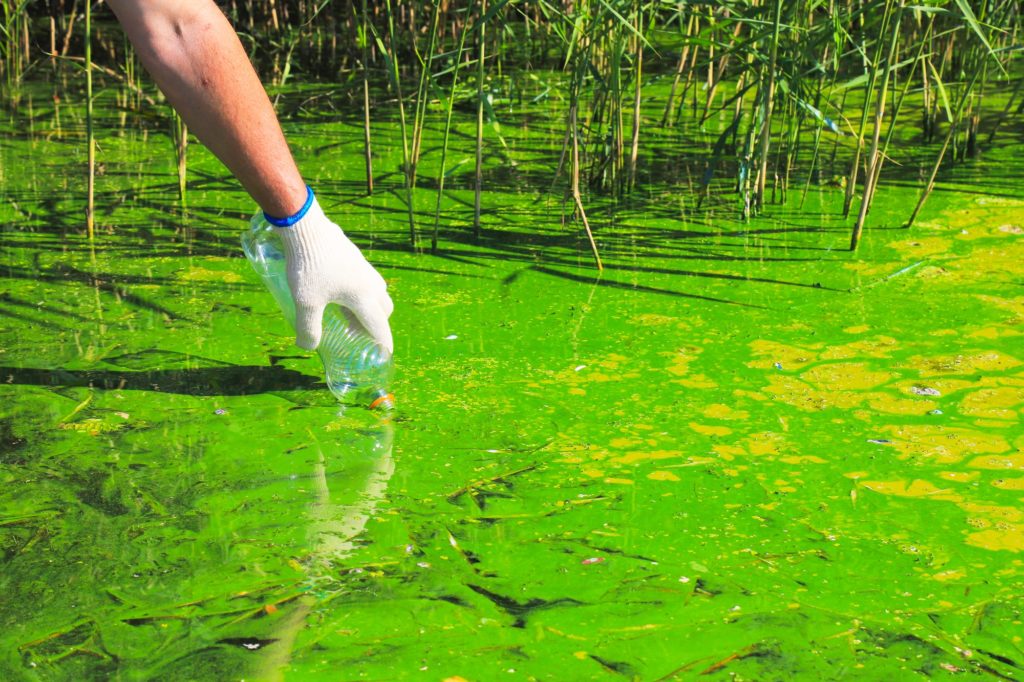 The simple answer is eutrophication. Eutrophication is the process by which the ratio of nutrients to dissolved oxygen becomes excessively high. It happens in the presence of large amounts of organic mucky sediment and nutrients (phosphorous and nitrogen) that come from both natural and human sources. Decaying leaves, decaying algae and weeds, organic material that washes into the lake, and fertilizer runoff all contribute to the condition. With high nutrients, dissolved oxygen is depleted, water becomes an ideal environment for the rapid growth of algae and weeds, and the stage is set for HABs to occur. 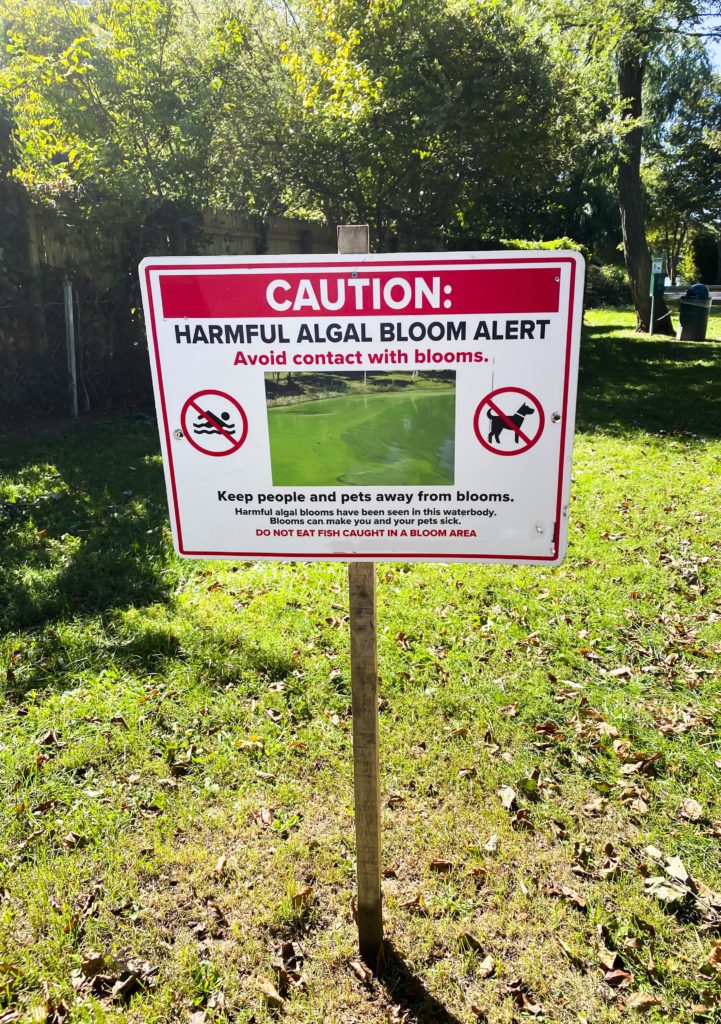 Why Cyanobacteria instead of Good Algae?

There are a number of factors that favor cyanobacteria, and over time they are able to exploit these to dominate the uptake of available nutrients, and out-compete good algae that are needed for a productive food web in the pond or lake.

These factors include:
Increasingly warmer weather and warmer water temperatures
Deoxygenation of the water column
Stratification of the water column: Water with higher dissolved oxygen (near the surface) does not mix with water with lower dissolved oxygen (near the bottom).
Nutrients are concentrated at the bottom of the lake because of the low dissolved oxygen there. Unlike other algae, Cyanobacteria are able to control their buoyancy and can descend to the bottom to take up nutrients, and then float back up to the top to soak up sunlight to photosynthesize and bloom.

Why are HABs becoming so common?

Excessive nutrients in lakes and ponds create a self-perpetuating cycle. During spring and summer, invasive weeds and algae take up nutrients, grow rapidly, and boost the volume of biomass in the lake. They die off in late fall and winter, and decompose to produce even bigger nutrient stockpiles in the sediment. Eventually this nutrient recycling process is “hi-jacked” by cyanobacteria that use these recycled nutrients to proliferate and produce HABs. These can last all summer, causing the serious problems mentioned above. 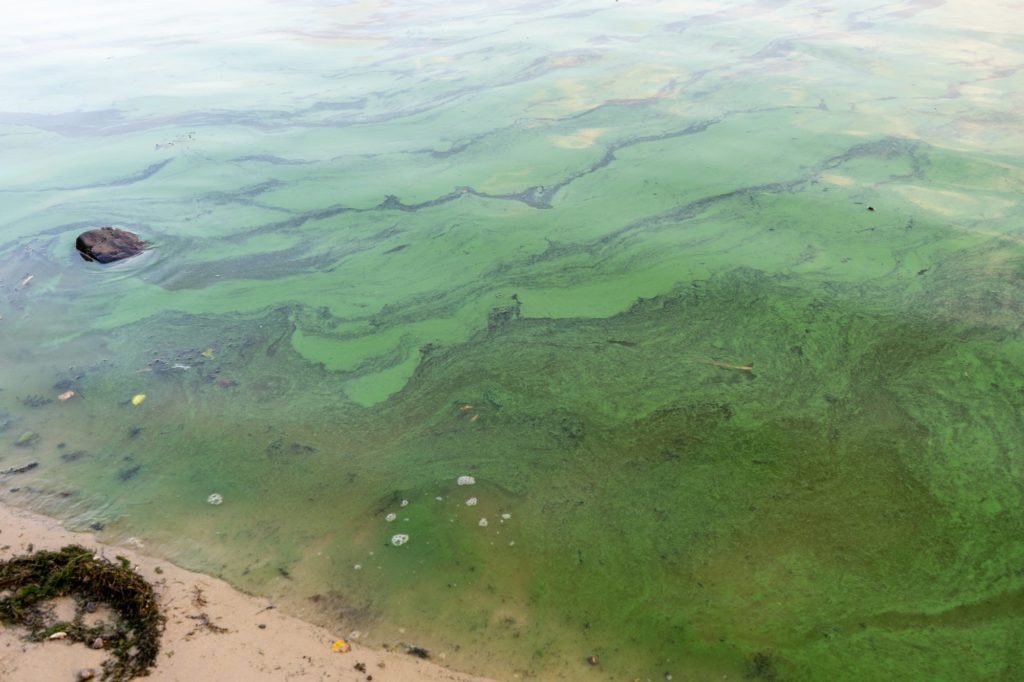 How do Clean-Flo prevent HABs and remediate lakes?

To combat HABs, you must take a comprehensive, holistic approach that addresses the conditions that favor cyanobacteria. That means you must:
Oxygenate the whole water column from top to bottom
Digest the mucky sediment nutrient stockpile
Disrupt the ability of cyanobacteria to control their buoyancy to dive to the bottom to access sediment nutrients
In effect, you must create the ecological conditions for a healthy lake in which beneficial algae, microorganisms, and fish thrive, and cyanobacteria cannot. This is what Clean-Flo systems and treatment programs do. From Michigan and the Great Lakes region to Florida and California, Clean-Flo has delivered solutions to eutrophication, invasive weeds, excessive algae and toxic HABs for over 50 years. 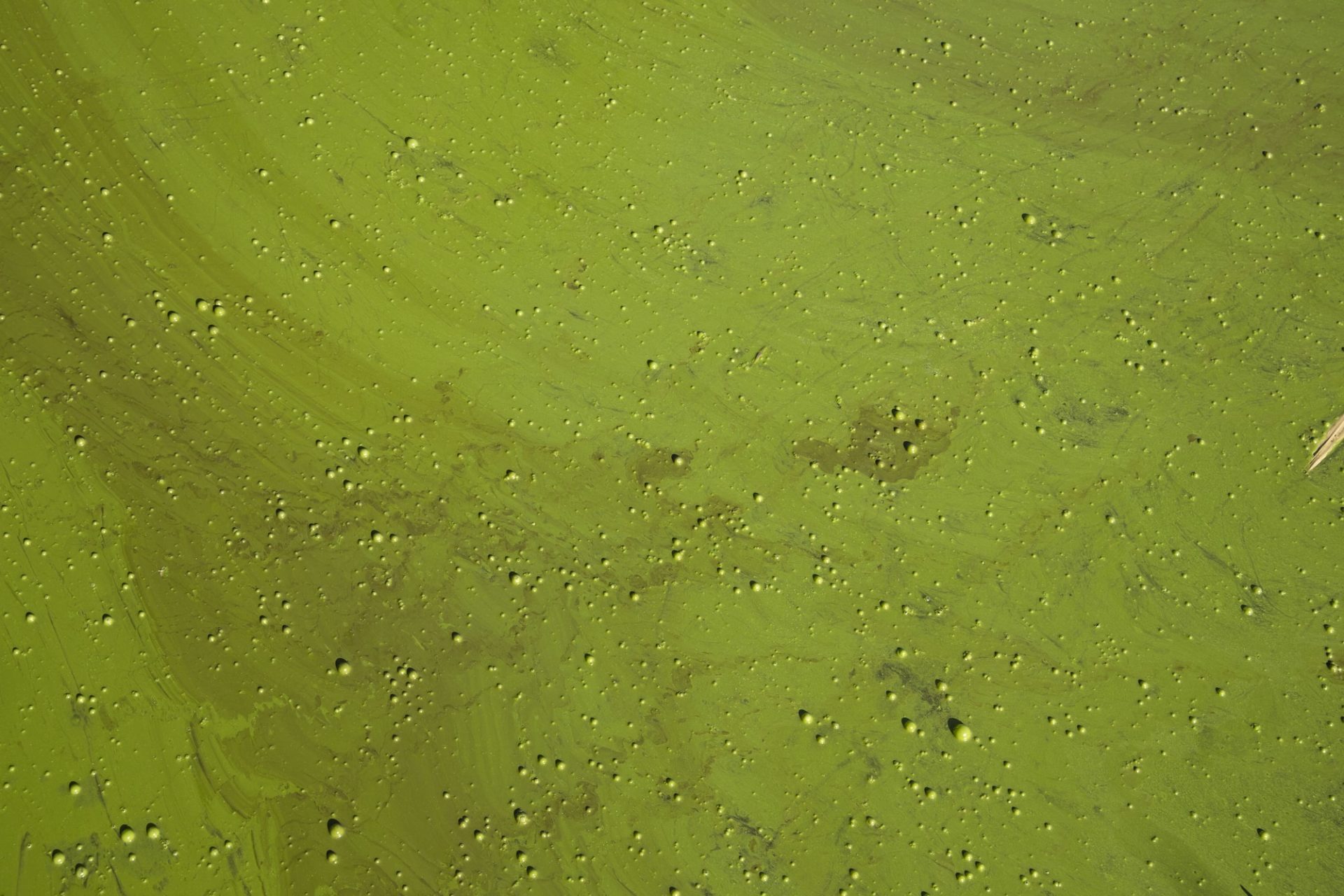 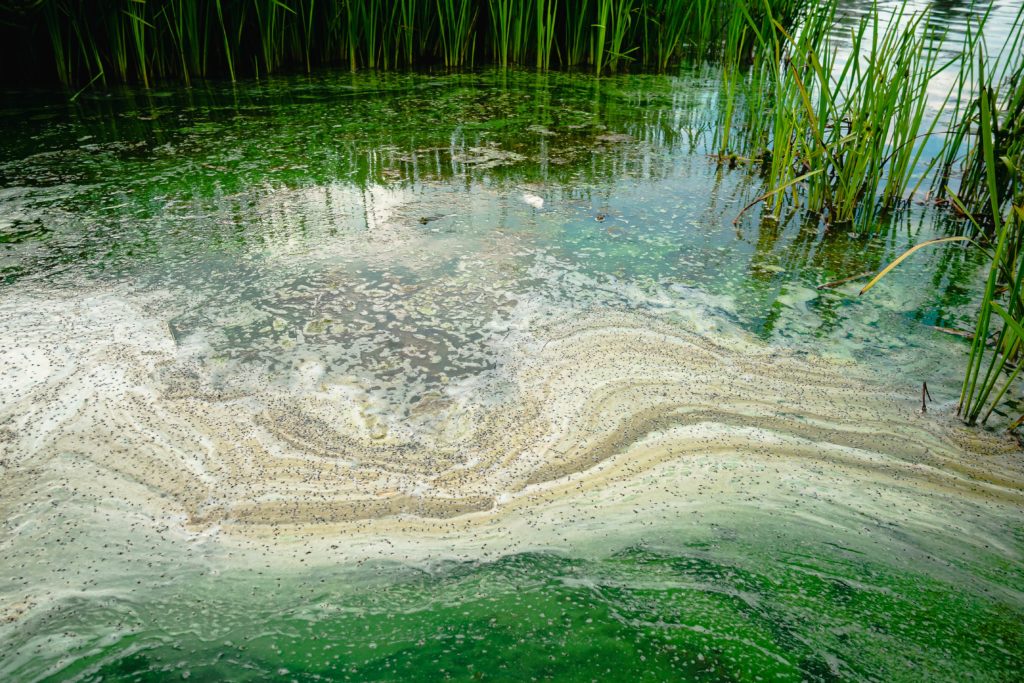 Toa Vaca reservoir in Puerto Rico is 836 acres in surface area and over 51m deep when full. Toa Vaca was built in 1972 with a life expectancy of three hundred years. By 1985 its capacity had been reduced by 13.5% due to the build-up in sediment reducing the effective volume of the reservoir.

In 1985, the lake showed the very first serious symptoms of worsening on the quality of the water available for treatment due to eutrophication.

The intake tower consists of six gates, numbered one to six from bottom to top. As early as 2009, due to the eutrophication process, it was only possible to use water from gates number six and five, that is the upper two abstraction points to draw water for purification treatment.

This was because water drawn from deeper gates was untreatable due to the high levels of manganese and contaminants causing foul tastes and odors such as geosmins and hydrogen sulfide.

However, drawing water from the upper levels also presented problems because algae levels were so high that they caused clogging of filters and the need to use high levels of flocculants and chlorine in the purification process which generated excessive levels of TTHMs, a carcinogenic by-product of chlorination.

It was becoming increasingly difficult to produce potable water from the reservoir that was compliant with regulated standards and the future prognosis for the reservoir was poor.

Fish kills had become so common that recreational fisherman had abandoned the reservoir. So too had birds of prey, down to a solitary pair of fish eagles and just five pelicans.

“In seeking a solution for the problems at Toa Vaca we knew that conventional aeration would not achieve the necessary improvements. The problems were both chemical and biological with the severe manganese and cyanobacteria problems. We needed experienced engineering and specialized technology”.

Within the first year, cyanobacteria and algae blooms were reduced to such an extent that chemical treatments costs at the water purification plant were halved, as were the levels of Tri-Halo Methanes (THMs) which are carcinogenic disinfection-by products of chemical treatment.

“With more than 65% of the overall dam capacity reduced due to drought, the degradation of water quality at Toa Vaca had become an environmental problem, but more importantly, sustainable potable water supply in Puerto Rico was at risk.

The transformation has been phenomenal since the Clean-Flo solution was implemented. From a purely practical point of view, not only has water quality improved but also operational costs have reduced and with a more consistent water quality, compliance for THM’s is a lot easier task, which is a big bonus.

Over and above that, fish are back, as are the bird life and the fishermen. All in all, this has been a fantastic investment with an ROI less than 3 years.” 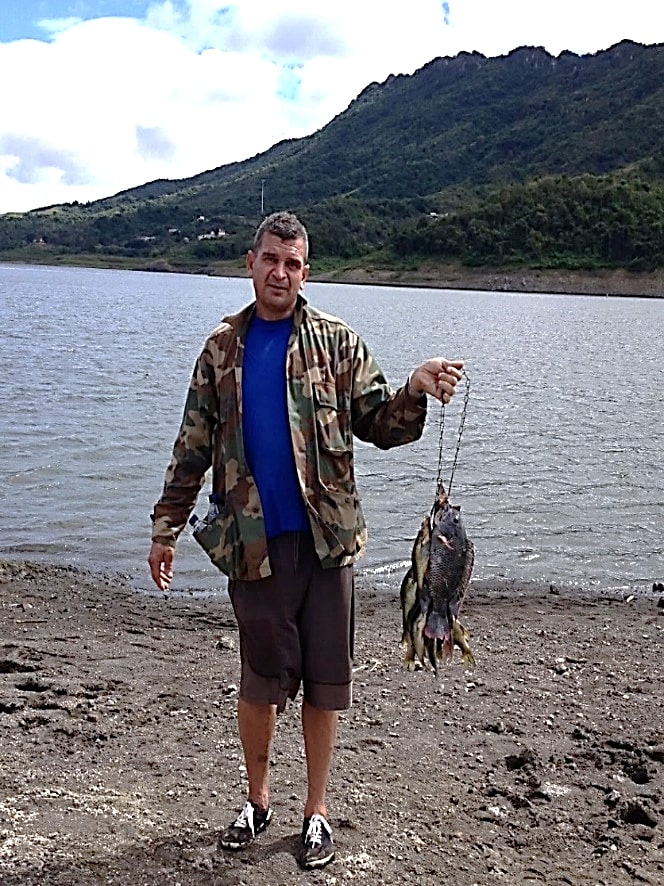 Lake Peekskill is a 60-acre lake in the State of New York about 60 miles (100km) north of New York City in the town of Putnam Valley.

For three consecutive summers (2015-2017) Lake Peekskill beaches were closed for safety reasons by the Putnam Department of Health because toxic Harmful Algae Blooms (cyanoHABs) were rendering the water dangerous to both human and animal life alike.  It is well documented that exposure to unsafe levels of microcystin toxins, through drinking or recreational water use, can cause a wide range of symptoms, including fever, headache and vomiting, as well as liver and kidney damage in more severe instances. Microcystin exposure for pets, through ingestion, can also produce serious health risks and death. Lake Peekskill’s beaches were closed for all activity including swimming and recreational water activities.

The town called for bids for solutions and they felt that the proposal from Clean-Flo was the most convincing. Simply put, Clean-Flo’s approach is based on utilising the natural food chain to suppress the cyanoHABs, meaning the use of harmful chemicals can be avoided.

As part of the bid assessment, Sam Oliverio, Supervisor at Town of Putnam Valley, went to visit other successful implemented by Clean-Flo.

“I went to Coxsackie Prison outside of Albany, NY to view their system in action in the prison’s water reservoirs. I was amazed at how clear the water was. I was also told by the Director of the Prison’s Building and Grounds Department that prior to the system being installed, the reservoir water could not be used in the Prison. It was a nightmare for all of the prison employees to provide potable water via bottled dispensers. Once the Clean-Flo system was installed, the reservoir water once again became potable and the use of bottled water non-existent. Since the installation of the system at the Coxsackie Prison Water Reservoirs, the HAB problem has been fully eradicated.”

In the summer of 2017, Lake Peekskil was shut to the public for all but 5 days. Clean-Flo installed and commissioned a solution to Lake Peekskill’s HAB problem in late June 2018.

In the event of the sighting of a suspected cyanoHAB event, the county Health Department closes the beach at which it is sighted, or if there are numerous sightings, the whole lake is closed to the public and samples are taken and sent for laboratory analysis and testing.  If the samples test positive for cyanobacteria and cyanotoxins, the beach or the whole lake remains closed to the public until further tests confirm negative test results.

Throughout the summers of 2019 and 2020 Lake Peekskill was not shut down for public use once.

The ultimate test of the SIS.bio approach is the extent to which the situation where nutrient uptake and biomass formation is dominated by the proliferation of algae and cyanobacteria is rectified by the re-establishment of a productive, diverse food web, as evidenced by aquatic fauna and fish-life. 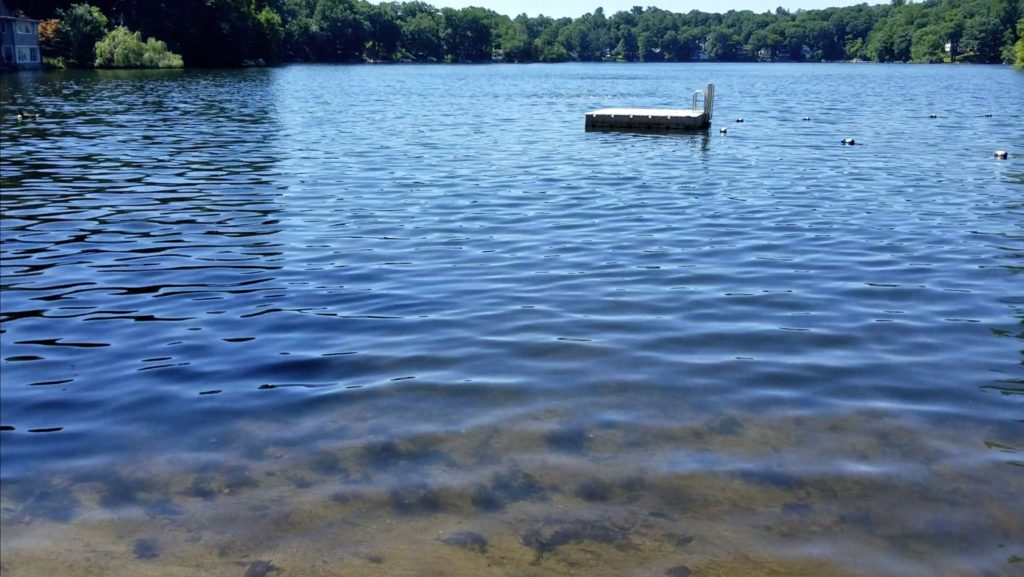 “Within two summers Lake Peekskill has been transformed “from a forbidden zone into a desired recreational attraction. In two summers the Lake is pristine, alive and full of the aquatic life it had back in the 1960s before the building boom and conversion of summer bungalows into year-round homes.”

“The Clean-Flo / SIS.bio team has been a joy to work with. You have delivered all that you promised when I first contacted your company for guidance on how to restore our once beautiful Lake to a healthy state. Clean-Flo have been a great investment for the community. We are thrilled with the water quality in the lake and I have to tell you, our fisher people couldn't be happier. Having lived here for all of my life (66 years) the Lake has never been as pristine and as full of life as it is now. To top it all off, we never had to close any of our beaches this year due to the dreaded bluegreen algae outbreaks.”