There are a number of causes of fish kills including lack of oxygen, herbicide usage, disease, pollution, stress, starvation and old age. Lack of oxygen from a few feet below the surface to the bottom may cause fish to only swim in the surface water. If the surface water is warm, fish could die from the warm water or from ammonia and carbon dioxide in the bloodstream turning into gas bubbles. Rotting weeds or algae as a result of using herbicides or algaecides can cause a temporary lack of oxygen which is not discovered by later testing.

How to Eliminate the Causes of Fish Kills?

The best way to eliminate the causes of fish kills is to ensure there is always enough oxygen. Oxygen not only keeps fish healthy, but it also keeps the entire ecosystem healthy. The CLEAN-FLO lake and pond aerators provide consistent levels of oxygen throughout the entire water column at all times. Fish are not stressed by a pre-spring or pre-fall turnover, photosynthesis or the use of herbicides. CLEAN-FLO eliminates the causes of fish kills.
In addition, CLEAN-FLO lake and pond aerators remove toxic gases, enabling bacteria and insects to feed on organic sediment just as a snail does in an aquarium. Fish then feed on the insects and become larger and healthier. The CLEAN-FLO aerators convert organic sediment into food for fish. Consequently, fish health is dramatically improved, fish are more vigorous and the growth rate increases. 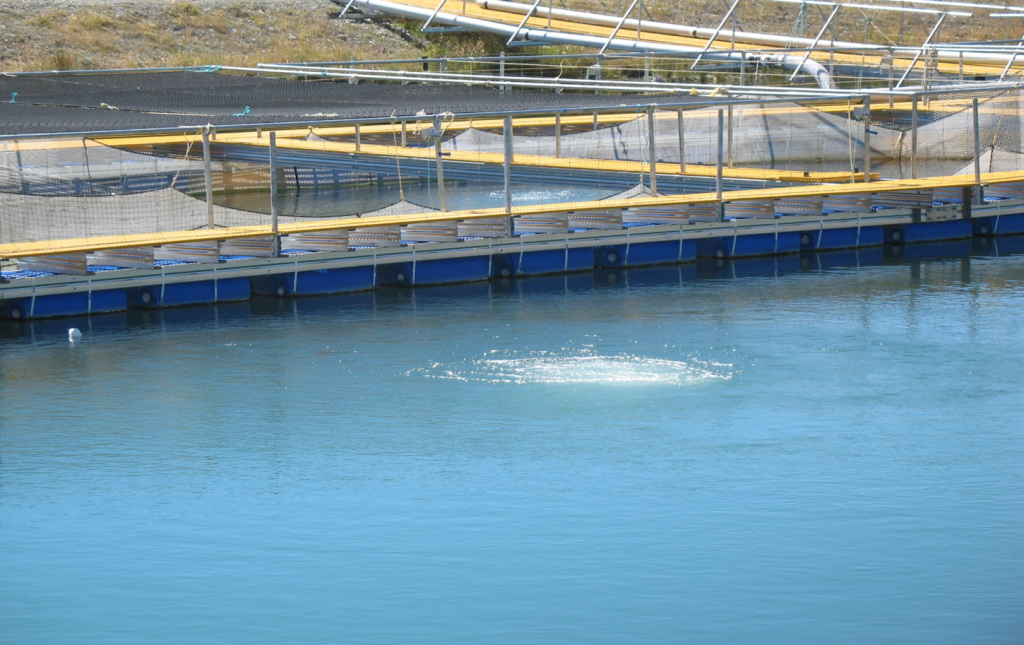 Tests at Auburn University in Georgia showed that fish production increased from 3,000 lbs. per acre in un-aerated ponds to 6,000 lbs. per acre in aerated ponds, using the CLEAN-FLO system aerators.
Seasonal production tests monitored by the Minnesota Department of Natural Resources, Operation Walleye at Alexandria, Minnesota, demonstrated an increase in walleye fingerlings from an average of 38.3 lbs. per acre for un-aerated ponds to 69 pounds per acre using CLEAN-FLO system aeration. The fingerlings in the un-aerated ponds averaged 4.5 fish per pound, while the fingerlings in the CLEAN-FLO aerated pond averaged 3.2 fish per pound.
Tests by Minnesota Department of Natural Resources in St. Paul, Minnesota on two lakes with CLEAN-FLO aerators showed more abundant fish, which were twice as large as the statewide or local average. A fishing survey showed an average of 49 hours per acre fishing pressure in 13 neighboring un-aerated lakes versus 133 hours per acre for these two CLEAN-FLO aerated lakes.
— Minnesota Department of Natural Resources [PDF]
Taiwan fish farmers reported double the growth rate, no more fish kills, and double the number of fish raised using CLEAN-FLO fish pond aeration. 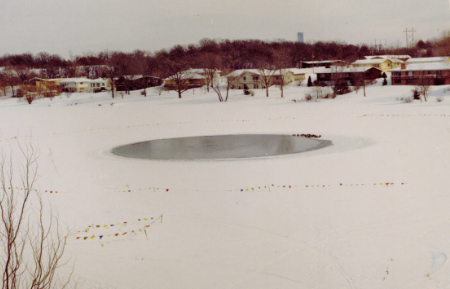 Put the power and expertise of CLEAN-FLO to work for you!
Want to talk to a Live Person regarding a solution for fish kills?
Call us now at  800-328-6656  for a free estimate!