Over the years, organic sediments built up in the lower end of Lake St. Catherine (181 acre Little Lake), in Wells, VT.  Milfoil growth started to dominate the lake and made navigation and water sport enjoyment almost impossible.  Chemical applications to kill the milfoil contributed to further accumulations of over 20 feet of organic sediment.  The lack of water depth due to organic muck accumulation and extensive milfoil growth started to impact everyone around the lake.

In 2010 the Lake St. Catherine Conservation Fund contacted CLEAN-FLO for help.  After several meetings with the general public and State officials, a permit was issued in 2012 to install a CLEAN-FLO inversion oxygenation system in only a small section (≈ 14 acres) on the east side of the lake.  The state required a water sampling regimen be implemented to prove that the system was not adversely impacting the water quality.

The system was installed in late summer 2012 and operated for about 2 months and then shut down for winter.  In 2013 and 2014 the system was started in the spring and shut down in the fall, operating a total of about 12-13 months.  During these 3 years, the Conservation Fund documented results through water testing, water measurements, and video.  In 2014, four additional diffusers were added to the system and the area of aeration increased by about 4 acres.  Here are some photos of the lake prior to installation of the system. 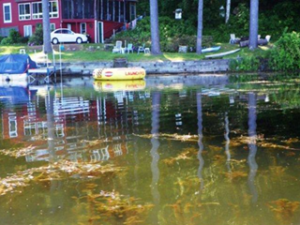 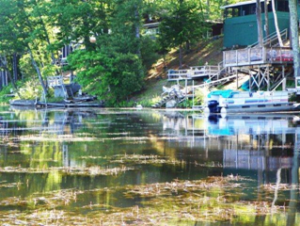 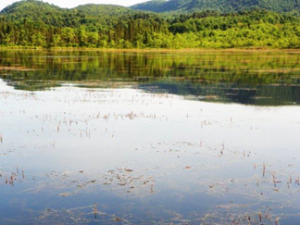 The Results
Here are some photos taken in summer of 2014 after the system had been in operation about 11months. 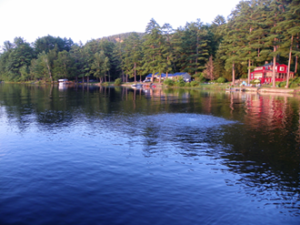 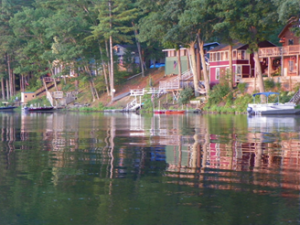 The inversion oxygenation system significantly reduced milfoil growth and improved water quality.  Residents were able to use the lake again for enjoyment and water sports.  Residents are also reporting improved fishing in the lake.  In addition, water column depth increased due to the reduction of organic sediments (muck).  Although not able to be captured with photography, here is a chart showing the improvement in water depth.  Brown bars represents the depth at sampling points prior to the system being installed, and blue bars represent the depth at those points 12  months later.  The bars farthest to the right represent the control point outside the area where the system is operated, where no changes occurred. 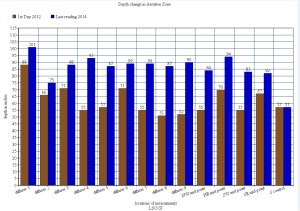 With these results in hand, the Conservation Fund was successful in receiving a permit from the State to expand the system in 2016.

The Conservation Fund is also maintaining a video library of results at https://www.youtube.com/user/LakeConservationFund.