Most bacteria are harmless or beneficial. However, there are several forms of pathogenic bacteria that will cause sickness, disease and possibly even death. Pathogenic bacteria contamination of water bodies is a growing concern throughout the world. Freshwater supplies are under attack from stormwater runoff, leaking septic tanks, untreated or partially treated wastewater and neglect.

We hear about beach closures due to coliform and fecal bacteria. We hear about restaurant food with pathogenic bacteria concerns, which leads to speculation that irrigation water is potentially contaminated. We hear about storms causing overflows in water treatment systems. It is no wonder concerns about bacteria in water are at an all-time high.

Bacteria can infect people if they are swallowed, inhaled, or come in contact with an open wound. Infections from bacteria can affect the ears, eyes, brain, skin, bowel, throat and lungs. Numerous studies have found that the levels of bacteria in the water are much lower than the levels in the sediments on the bottom of the water body. Then as recreational activities such as swimming, water skiing, and boating stir up the organic sediments on the bottom, bacteria levels in the water can actually increase. Of course, major storms and groundwater runoff can also increase bacteria levels very quickly in a water body.

How to Reduce Bacteria in Water

The CLEAN-FLO Continuous Laminar Flow Inversion Oxygenation System will reduce bacteria levels in several ways:
Some pathogenic bacteria are anaerobes. CLEAN-FLO increases the oxygen concentration levels throughout the entire water column and into the sediment pore water, so many of these bacteria are killed.
Pathogenic bacteria of the fecal type require an organic nutrient broth in order to survive. CLEAN-FLO allows aerobic beneficial bacteria to consume the organic nutrients, removing them from the water column and eliminating the nutrient broth.
Practically all pathogens are killed by ultraviolet light, which the sun emits. This ultraviolet does not penetrate the water deeply, so only surface water is affected under normal conditions. Introduction of CLEAN-FLO will bring the unaffected bottom waters to the surface, where ultraviolet will kill and or weaken the bacteria.
Most pathogens require carbon dioxide, phosphorus, nitrogen, ammonia or sulfur to live. The CLEAN-FLO system reduces the amount of these nutrients in the water.
Most pathogens require an acidic to a slightly acidic environment for survival, in the pH range of 5.0 to 8.0. By removing carbon dioxide and killing acid producing bacteria through steps 1 and 3 above, the CLEAN-FLO system causes water to become more alkaline.
CLEAN-FLO creates conditions whereby some aerobic bacteria actually feed on pathogenic bacteria. As a result of oxygenating the water body, creating an environment where aerobic bacteria thrive, reducing the nutrient media, raising the pH and exposing pathogenic bacteria to sunlight, these pathogens are weakened or killed.

55 acre Lake Collins in the Village of Scotia in NY had a swimming beach that had been closed due to pathogenic bacteria. Upon installation of the CLEAN-FLO inversion oxygenation system, bacteria levels dropped within a week. The State allowed the Village to reopen the beach after bacteria levels remained low for a set period of time.

The crown jewel swimming beach on 75 acre Hammonton Lake had been shut down due to high bacteria levels. The Town retained CLEAN-FLO to design and install an inversion oxygenation system to reduce the bacteria so they could reopen the beach area. The coliform levels were over 500/100 ml at the time of installation and were down to 185/100 ml in 4 days. View water sampling results [PDF]

Tests by Analytical Laboratories, Inc. of Sioux Falls, South Dakota showed total coliform in a fish pond in Staples, Minnesota declining from 3000/100 ml down to less than 1 /100 ml after the system was installed.

Read more about our success 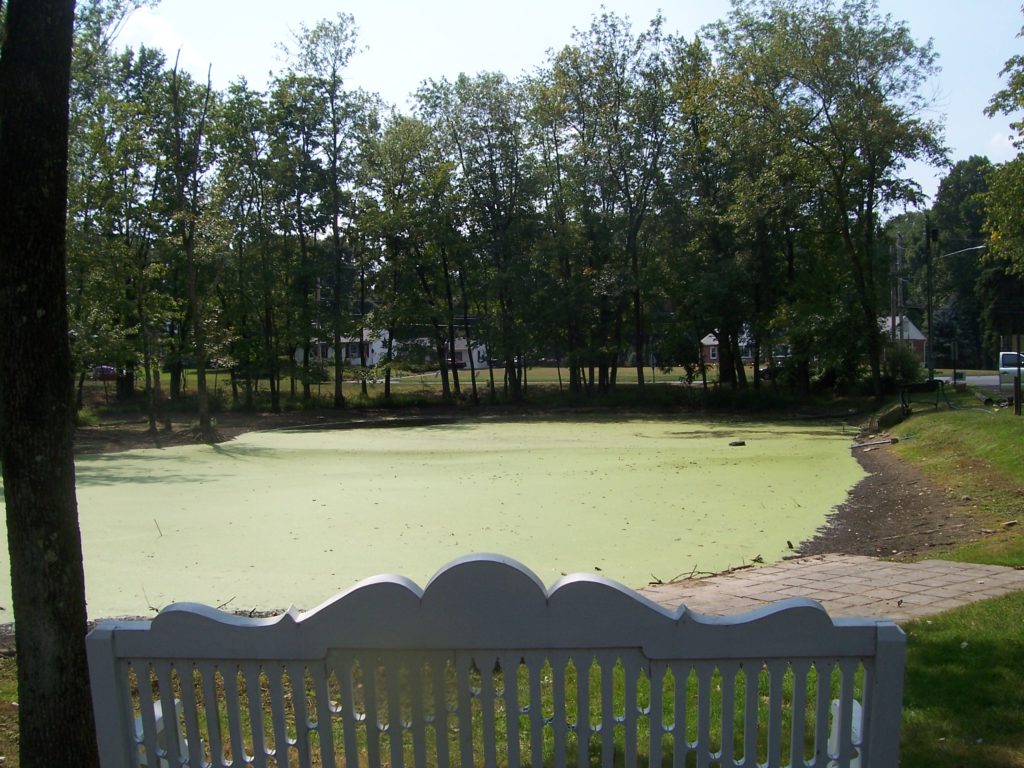 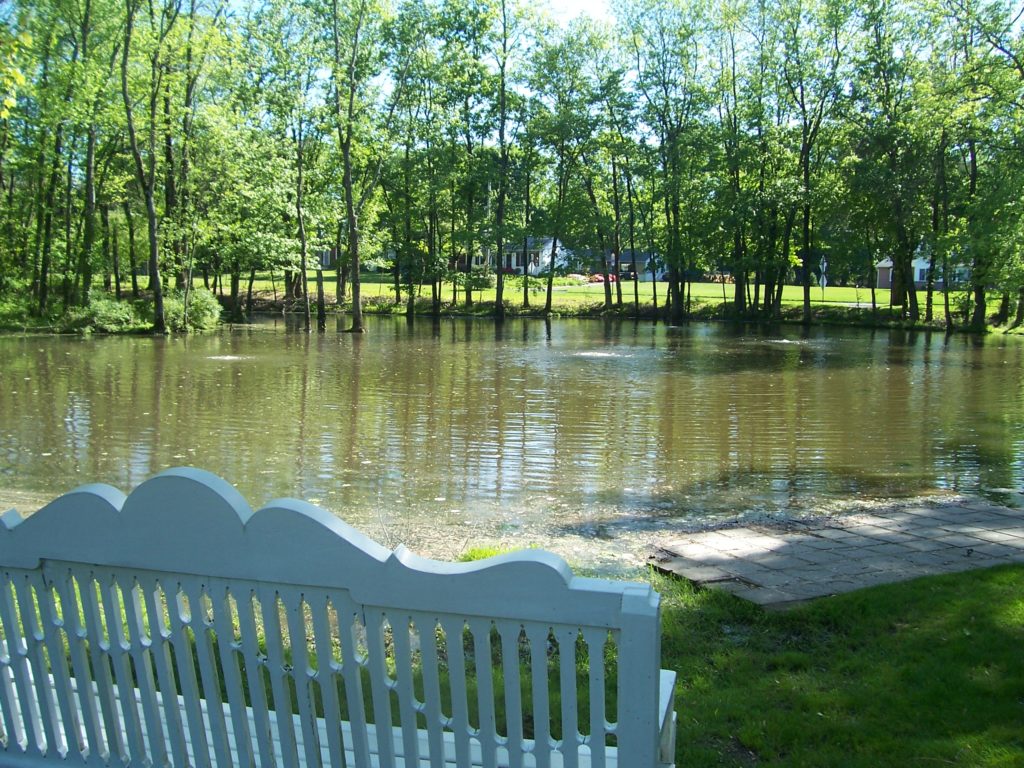 Oxygen from the surface to the bottom produces a beautiful pond

If you are experiencing high pathogenic bacteria levels, the CLEAN-FLO system may be a perfect cure. Contact us today!

Although not considered a form of bacteria, Naegleria Fowleri, a brain-eating amoeba may be even deadlier. Learn how CLEAN-FLO can reduce the risk of Naegleria Fowleri.
Request a Free Cost Estimate